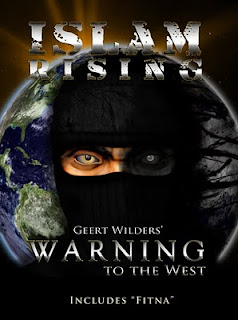 On May 1, 2010 Christian Action Network (CAN) and PRB Films will release a new documentary entitled, Islam Rising, a film that exposes the dangers of radical Islam to the Western world and features the internationally acclaimed Dutch politician, Geert Wilders. The film follows on the heels of CAN’s explosive documentary released last year, Homegrown Jihad: The Terrorist Camps Around U.S.

CALL SANDY NOW at 516-735-5468 or e-mail Sandy to schedule interviews with Martin Mawyer, the Director of "Islam Rising."

Mr. Wilders, who is currently running for Prime Minister in the Netherlands, lives under a constant death threat for producing his own film, Fitna. His film shows how radical Islamists are simply following the dictates of the Quran in their attempt at world domination through violence, murder and infiltration. As a special feature of Islam Rising, Mr. Wilders’ own controversial film, Fitna, is included.

Geert Wilders is currently on trial in The Netherlands for his alleged "hate speech" against Islam and has almost single-handedly brought global attention to the Islamic infiltration and dominance of Europe.

Though CAN does not endorse all the views of Mr. Wilders made in the film, the Dutch parliamentarian warns that if the growing Islamic takeover of Europe is not stopped, the West could be faced with a "thousand years of darkness."

As part of its promotion for Islam Rising, CAN will be displaying billboards along major interstates of the east coast. Six billboards will be on display, starting in South Carolina, by the middle of April.

Islam Rising will debut in Washington, D.C. on May 1 in the Rayburn House Office Building. More than 500 people are expected to be in attendance.

The New English Review raves: "We hope that Islam Rising receives a wide public viewing especially by Members of Congress. It is a testimony that one man can make a difference."

Martin Mawyer, president of CAN, says, "Islam Rising is a daring film. It's a dangerous film. It's an attempt to show Americans how Europe is being be brought to its knees by radical Islamists and how they are making inroads into the United States."

The documentary feature includes dramatic film footage, shocking photos and a special warning by Geert Wilders, himself. Go here for more information.
Posted by Sandy Frazier at 6:41 AM