America Transformed: The Rise and Legacy of American Progressivism

America's premier scholar of the Progressive movement, Ronald J. Pestritto has a new book out this week: America Transformed: The Rise and Legacy of American Progressivism: Pestritto, that is "a definitive - and accessible - account of how the rejection of America's founding principles in the name of 'progress' is responsible for the decline of American governance over the last century."

The America of the modern administrative state is not the America of the original Constitution. This transformation comes not only from the ordinary course of historical change and development, but also from a radical, new philosophy of government that was imported into the American political tradition by the Progressives of the late nineteenth century.

·    How rule by experts today (the pandemic, in particular) is connected to Progressive thought;

·    What the connection of today's Left is to the original Progressives;

·    How Progressives built the administrative state that governs us today;

·    How Progressives introduced the idea of limitless government into the American political tradition.

America Transformed shows the nature of the changes made by the Progressives, both in principles and in the nuts and bolts of governing. It also shows how progressivism was often at the root of critical developments subsequent to the Progressive Era in more recent American political history - how it was different from the New Deal, the liberalism of the 1960s, and today's liberalism, and also how these subsequent developments could not have transpired without the ground laid by the original Progressives.

ABOUT THE AUTHOR: Ronald J. Pestritto ("RJ") is Graduate Dean and Professor of Politics at Hillsdale College, where he teaches political philosophy, American political thought, and American politics, and holds the Charles and Lucia Shipley Chair in the American Constitution.
Posted by Sandy Frazier at 8:30 AM 1 comment: 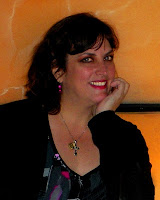 By Sandy Frazier So you've decided to expand your career by becoming a pundit - an analyst, a commentator expounding on news stories in your chosen area of expertise. Talk radio hosts and producers will be very receptive to you if you stick by a few tried and true principles. Always remember, you're marketing yourself as a BRAND - a trusted source of information. Listen to the guests who frequent talk radio - those who have become household names and have expanded their horizons to become world-renowned authors - famous for what they know. Watch them and learn from them. Stay with what you know and use your experience, your assets and natural talents. For instance, if you're an expert on the economy and finance, don't suddenly decide to start blogging or write a book on theatre in the 21st century and expect it to go anywhere. Stick with what you do best! Your Web Presence: Your Area of Expertise: Preparing for Interviews: You'll be a great pundit if you're able to keep a clear head while you're on the air and no matter how argumentative the hosts or callers get, you've done your homework, you know your facts and you're confident! The 21st century is offering us all tremendous opportunities to get our names out there like never before! Take advantage of all the technology that is at your fingertips and you'll be a household name before you know it!
Posted by Sandy Frazier at 10:38 AM No comments:

Is higher education on the right road? In the new Encounter book, A Dubious Expediency: How Race Preferences Damage Higher Education, the authors of these eight essays are hardly the first to think not.

In the now-famous Bakke case (1976), the California Supreme Court had to decide whether what some view as the "good kind" of race discrimination - preferential treatment for minorities in college and university admissions - violates the Constitution. To Justice Stanley Mosk, up to then considered by many to be a civil rights hero, the answer was clear. Writing for the majority, he insisted: "To uphold [the University of California's argument for race-preferential admissions] would call for the sacrifice of principle for the sake of dubious expediency and would represent a retreat in the struggle to assure that each man and woman shall be judged on the basis of individual merit alone."

Alas, the university took its case up to the U.S. Supreme Court, where the Justices fractured into three camps. The result was to open the door to more than a half-century of "diversity" admissions.

In A Dubious Expediency, you'll learn that:

·    These days, ordinary Americans are reluctant to speak out against race-preferential college admissions. They shouldn't be. Race discrimination is wrong no matter who is being discriminated against, and polls dating back to the 1970s show that people know that.

·    Race-preferential admissions have backfired badly. Instead of bringing more African Americans into the economic mainstream, they have made it more difficult for talented African Americans to enter into high-status careers like medicine, engineering and science.

·    On campuses all over the country, separate dormitories, separate student lounges, and separate graduation ceremonies have become the norm. What's brought this on? Race-preferential admissions policies - which bring students to campus who are not academically prepared for the competition - are a large part of the cause. These policies telegraph to students that what's important about them is their race.

·    Asian Americans are the special victims of race-preferential admissions. To attend the college of their choice, they have to be better than students of other races. It shouldn't be that way in America.

These policies have never been popular. When voters get the opportunity to vote them down, they almost always do, beginning with California's Proposition 209 in 1996. In 2020, California voters shocked that state's political and business elite by decisively rejecting an effort by the legislature - known as Proposition 16 - to repeal Proposition 209.

But voters in most states never get that opportunity. At this late date, getting back on the right road - away from group preferences and from the cultural changes they have wreaked on campus - won't be easy. Yet, as the essays in this volume demonstrate, it needs to be done - sooner better than later.

ABOUT THE EDITOR: Gail Heriot is a professor of law at the University of San Diego and a member of the U.S. Commission on Civil Rights. She sits on the board of directors of the American Civil Rights Project, Californians for Equal Rights, the National Association of Scholars, and its state affiliate, the California Association of Scholars. She was co-chair of both the campaign for California's Proposition 209 in 1996 and the successful campaign to prevent its repeal in 2020.
Posted by Sandy Frazier at 9:59 AM No comments:

The Last Days of New York By Seth Barron

THE LAST DAYS OF NEW YORK

With a Foreword by Heather Mac Donald

Acclaimed New York City reporter and editor, Seth Barron has written a new book - THE LAST DAYS OF NEW YORK: A Reporter's True Tale. In the future, when people ask how New York City fell to pieces, they can be told - in the words of Hemingway - "gradually, then suddenly." New Yorkers awoke from a slumber of ease and prosperity to discover that their glorious city was not only unprepared for crisis, but that the underpinnings of its fortune had been gutted.

In THE LAST DAYS OF NEW YORK, Seth Barron brings to life the inner workings of how a corrupted political system hollowed out New York City, leaving it especially vulnerable, all in the name of equity and "fairness." Barron's insightful reporting of New York City politics and culture makes him uniquely qualified to tell the stories that explain why, after decades of declining crime, seemingly overnight, New York is scary again.

In THE LAST DAYS OF NEW YORK, you'll learn that:

·    de Blasio represents the nexus of corrosive interests that undermined the supports of New York's prosperity and safety;

·    Criminal justice reforms at the level of the city and state have unwound 30 years of progress in making the city safe;

·    The obsession with "inequality" overrides the longstanding attraction of NYC as a place of opportunity and ignores the fact that people come to New York to gain purchase in the American Dream;

·    The city is so deep in its problems that it will be very difficult to dig its way out, because the political system is thoroughly owned by special interests; and

·    de Blasio will go down as the luckiest mayor in the city's history; the next mayor will inherit a huge headache.

Mayor Bill de Blasio's failure to manage the outbreak of COVID-19 is well-established. But what is less understood is how poorly he managed the city up to the point of the pandemic, and how his mismanagement left New York City vulnerable to the social, economic, and cultural shocks that have leveled its confidence and brought into question its capacity to absorb the creative energies of the world and reflect them back in the form of opportunity and wealth, as it has done for hundreds of years. At a moment when socialist currents are stirring throughout America, Bill de Blasio's term in office in New York City is a demonstration of what those impulses actually produce: debt, decay and bloat.

THE LAST DAYS OF NEW YORK is a history of New York City - from its recovery from the recession of 2008-2009 through the triple disaster of the pandemic, civil riots, and collapse in revenue of 2020. Mayor Bill de Blasio, now widely known as the WORST mayor in the history of the city, is presented as the instrument of decline: a key symptom of the rot that expedited the city's downfall.

"A propulsive chronicle of failed policy and bad leadership."

"I have watched NYC fall apart before my eyes, but until I read Seth Barron's book I didn't know how and why. Now I know, and thanks to his unparalleled reporting, it's clear who is to blame... and how to fix it. A must-read."

ABOUT THE AUTHOR: Seth Barron is a New York City-based reporter and editor who has covered local politics closely for more than ten years. Writer and Managing Editor for The American Mind, a publication of the Claremont Institute, Barron was an Associate editor of urban policy at City Journal, a publication of the Manhattan Institute. Barron is a widely read columnist and reporter on politics and issues in New York City. Barron became intimately familiar with the ins and outs of New York City politics working in City Hall as legislative director for a council member from Queens. His work has appeared in the New York Post, New York Daily News, and Wall Street Journal and he frequently appears on a range of local and national television and radio programs as a commentator.
Posted by Sandy Frazier at 5:23 AM No comments: